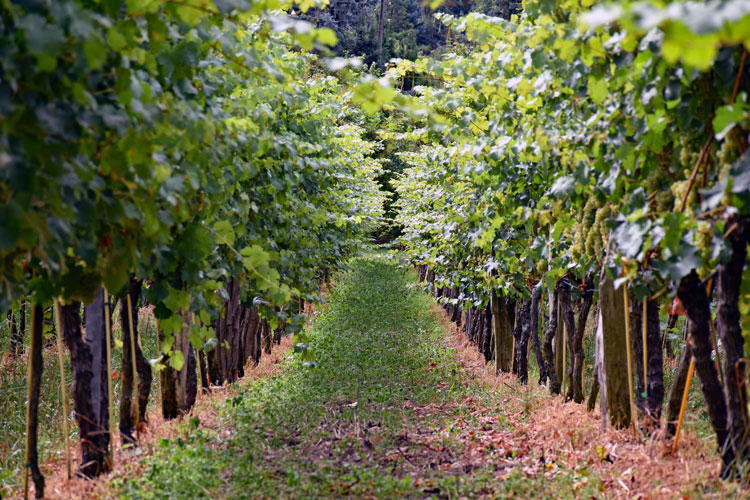 First mentioned in historical records in 1366, Zitzschewig was an autonomous rural community up until 1923. The historic circular village forms the centre of what is now a district of Radebeul, with twelve listed buildings set neatly around the Altzitzschewig village green. At its centre, the round village – originally of Sorbian origin – still offers a rural idyll today.

Zitzschewig can also look back on a wine-growing tradition that dates back many centuries. As early as the 13th century, the hillside that is now home to the historic Hohenhaus estate was listed as a vineyard. In the 15th century, Meissen’s bishops built their summer residence on the hill, which was used for this purpose for the next hundred years. From 1881 to 1885 the renowned author and playwright Gerhart Hauptmann frequently came to stay at Hohenhaus, depicting daily life and work in Zitzschewig in several of his works.

Known as “Wettinshöhe” since the mid-eighteenth century, the hilltop and adjoining vineyards were also the property of the bishopric during the early modern period. In the late 19th century, the Haus Wettinshöhe property was extended by the Lössnitz-based construction company Gebrüder Ziller to become what is still the well-known, prestigious Schloss Wettinshöhe today. Both the Paulsberg vineyard and the Zechstein winery are also inextricably linked to the history of wine-growing in Zitzschewig.

The district is also characterized by its special protected area with its distinctive dry stone walls, designated the “historic vineyard landscape of Radebeul” in 1999, which reaches all the way to Oberlössnitz. The large wine estates of Hohenhaus, Kynast, Paulsberg and Wettinshöhe can all be considered as great works of landscaping and garden design. The same is true of the Donadini House, completed in 1913 and awarded special status as protected ancillary facilities. Ermenegildo Antonio Donadini was an Austro-German painter, restorer and photographer as well as privy councillor to the royal household of Saxony. Other architectural monuments in Zitzschewig include the Bischofspresse old wine press and Krapenburg manor as well as numerous byre dwellings and farmhouses around the Altzitzschewig village green.

Urban development in Zitzschewig rapidly picked up speed after the reunification of Germany. With its lovingly restored villa estates, the district is now a residential area that is popularly known as the “Goldstaubviertel” (Gold Dust Quarter). The conditions here are ideal for property owners wishing to sell or rent our their house or apartment.