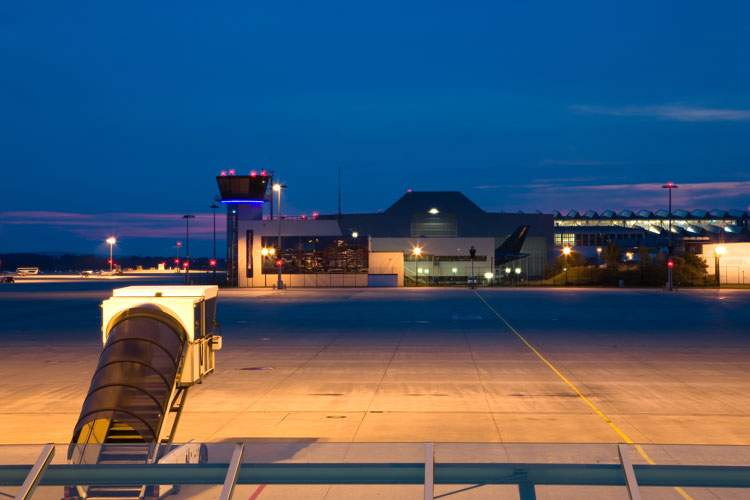 Industrial centre with a turbulent history

The district of Dresden Klotzsche lies to the north of Dresden’s city centre in an attractive location on the edge of the Dresden Heath. Officially part of Dresden since 1950, it is known beyond Saxony’s borders for its airport that bears the same name and for its economic significance.

The new district quickly rose to industrial importance in the 1950s. Today, Klotzsche is home to many notable companies – including Infineon’s semiconductor plant, ZMD and Airbus’ subsidiary Elbe Flugzeugwerke – and is one of the areas of Dresden with the highest proportion of modern industry.

The neighbouring garden town of Hellerau and the Dresden Heath, a protected nature reserve that includes the Silbersee lake and Prießnitzgrund Valley, are all popular among both locals and visitors as well as the forests of Friedewald and the Moritzburger Ponds.

Klotzsche has a long and turbulent history, going all the way back to the 14th century. Multiple wars and conflicts, major fires and failed harvests have left their marks on the villagescape. In 1802 almost the entire village including the village church was lost to a terrible fire. The reconstruction work that followed is what gave the historic village centre its present appearance.

As soon as Klotzsche was connected to Saxony’s railway network, the population grew considerably and Klotzsche developed during the second half of the 19th century to become a spa and villa town. Numerous well-preserved villas and homes act as cultural monuments, still bearing witness to this period of prosperity.

Since the 1970s and up until reunification, several new construction projects were carried out in Klotzsche, some of which followed socialist prefabricated building designs. After the end of the GDR, a number of smaller residential estates and numerous individual buildings sprung up in the area.

As a result of this development, Klotzsche can be divided into two parts in terms of architecture. Firstly, there is Altklotzsche, built along the street that bears the same name, with its traditional village-like character and the villa suburb of Königswald. And then there are the prefabricated estates and post-GDR neighbourhoods around the edges of the villa quarter, as well as modern terraced housing estates surrounded by nature.

This combination means that Klotzsche is a varied and diverse place to live today, which is particularly sought after thanks to its close proximity to both the city centre and the countryside. Families in particular will love the extensive residential estates with green inner courtyards in quiet locations. Numerous shopping opportunities as well as an excellent infrastructure with good connections to the motorway and public transport all make a positive contribution to the excellent quality of life in Klotzsche. Just a few minutes away by car, the trendy neighbourhood of Dresden Neustadt invites culture lovers to explore and discover.